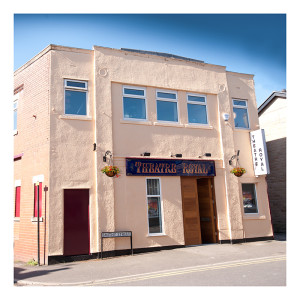 The history of Summerseat Players goes back to early 1968, when a group of amateur theatre enthusiasts got together to form a new dramatic society. Initially, they had no funds, equipment or permanent home - nothing in fact but enthusiasm, theatrical experience, and determination to build the society into one of the leading amateur drama groups in the district.

They were fortunate in finding St Wilfred's, a small church hall in Waterside Road, Summerseat, badly in need of repair and the church had found a group willing to assist with essential maintenance. The Players had an eye to the future and obtained first option to purchase should the Church Commissioners decide to sell the property. A wise move, for only four years later it came on the market for £3000 - a small fortune in 1972. Somehow, the necessary funds were raised and they owned a comfortable little theatre seating, eventually, 146 and presenting 5 or 6 shows a year.

The Society continued to build on its successes and poured all of its resources into the maintenance and improvement of the two buildings and a cash reserve against the future as the lives of the wooden structures were limited.

In 1990, “Buskers Showbar and Snooker Hall” in Ramsbottom (formerly “The Royal Cinema”) was purchased and the Theatre Royal was created, with the help of the sale of the old theatre for building land, loans from members, patrons, and others interested in live theatre as well as an energetic general “appeal” including the raffling of a new car.

A company limited by guarantee was formed and accepted as a registered charity and the new building was acquired in the Company / charity name. The final show at our old home took place in May 1991 and we opened at our new home in September 1991 with the aptly named “Stepping Out”.

All of the work to convert the building into a theatre (including creating the stage, sound & lighting facilities, proscenium, and raked auditorium) was carried out by our members & supporters, with no support from grant-making bodies, local authorities, or government. The old cinema projection room was converted into a flat and rented out to provide an additional income stream. 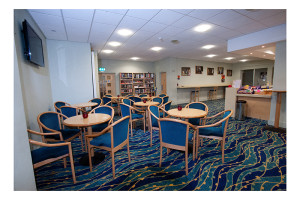 In 1993, the Foundation for Sports & Arts assisted in the expansion of the theatre facilities to create dressing room and workshop space. In more recent years a stage “revolve” has been installed, as has air conditioning in the auditorium. Lighting & Sound are fully computerised.

Since opening in 1991, a solid following has been developed and plays are now performed over an extended run of 9 nights including 'Preview' night & a “Charity” performance, with all proceeds going to the nominated Charity.

2009 saw the complete redevelopment of the theatre building to create an upper floor and Studio, and bring the ground floor public areas up to date whilst improving access for all. The whole project cost about £400,000 and we were successful in obtaining Arts Council Lottery funding to the extent of £25,000 towards the costs. Donations from local businesses and individuals were made. We have recently succeeded in repaying the bank loan we took out for the remainder.

In 2018 we celebrated our 50th anniversary with a Gala celebration and a publication that looked back over our last 50 years.  We continue to look to the future and make provisions for the enjoyment of future generations.